This trip was for a celebration as my aunt got married in Mississippi which is about 30 minutes from Memphis. As I do all my trips I try to finds ways to make the most out of visiting different states and see things/places  I may not plan to go see independently. The planning of this trip was similar to the many others. Given the location I didn’t find it to be too expensive, however, the prices for flights to Memphis was a bit surprising $300-$400. I figured it was based on the time of year, so if you ever decide to visit check to see if prices are cheaper during the off season. 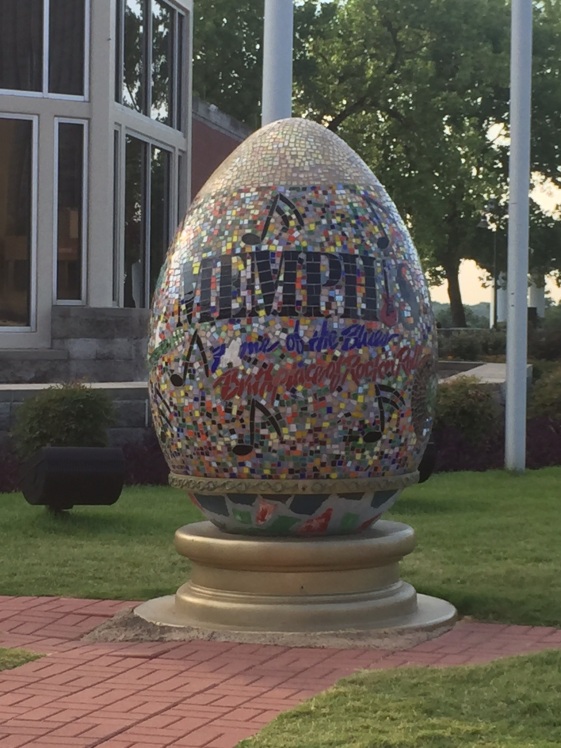 We arrived on the Friday before the wedding. Given I was a bridesmaid along with my sister and cousins, we had the routine of the rehearsal dinner the night before. On Saturday was the ceremony and reception. After all the wedding festivities were complete, it was time to see the sights. On Sunday, we went to see the different landmarks of the city. The first stop was the famous BEALE STREET. When the movie If Beale Street Could Talk  first came out I thought it was in reference to Beale St. in Memphis. Of course I was wrong. Regardless, Beale St. is a famous landmark for the city of Memphis. It can be compared to Bourbon St. in New Orleans, Louisiana. It is known for its history in blues and is packed with different blues clubs. Throughout the year they have different festivals and outdoor concerts that are packed with tourists. In addition, it is a great place to go for the day, walk around, take in the sounds, and enjoy some of the eateries and shops.

The next stop was the National Civil Rights Museum at the Lorraine Motel.  The Lorraine Motel became a historic landmark on April 4, 1968 after Civil Rights Leader Dr. Martin Luther King Jr. was assassinated there. In effort to retain the history, the motel was turned into a museum and opened to the public. The museum takes you through a timeline of the civil rights movement and the powerful impact Dr. King had in the fight to end injustice. As you tour the museum you see the sacrifices that were made in an effort to create a world in which African Americans could be treated as human beings and receive civil liberties such as the right to vote, sitting wherever they wanted on a bus, and using bathrooms and water fountains wherever they wanted in public. 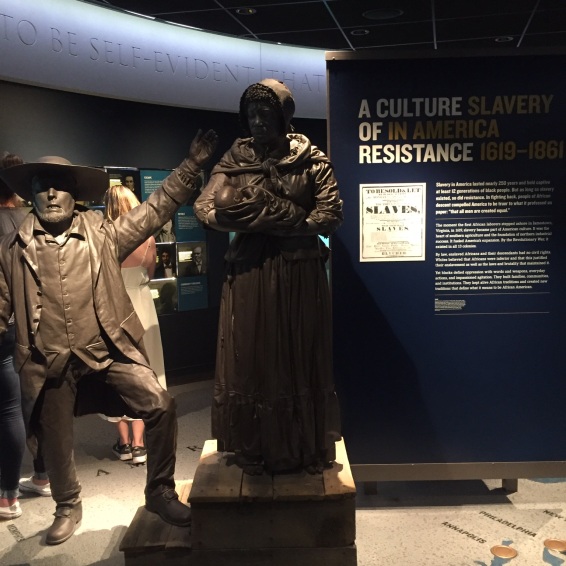 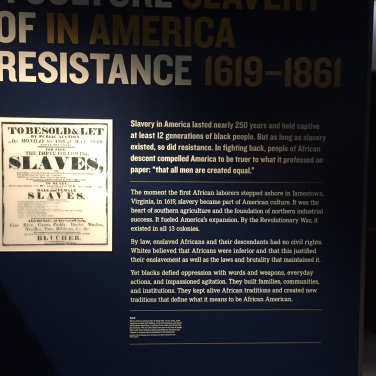 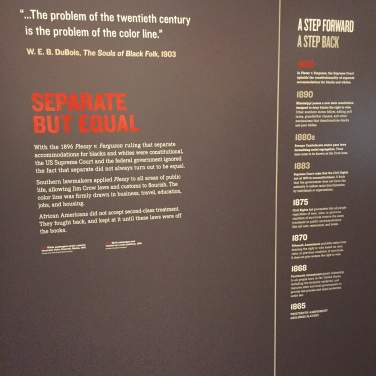 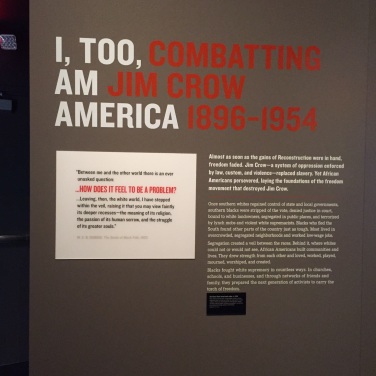 The museum highlights Dr. King’s most profound moments and speeches in effort to remind visitors of his sacrifice for a tremendous cause. It is unfortunate that even today we continue to fight for many things that Dr. King fought for. His dream of equality amongst all races is a battle that continues to be fought even today. As you tour the museum you are able to see where changes have been made in the treatment of African Americans today, but you also realize how far we still have to go. The many injustices faced back then have been altered into a new form of injustice today. It would appear the “system” has created a legal way to victimize our community on top of the damage we do to ourselves. 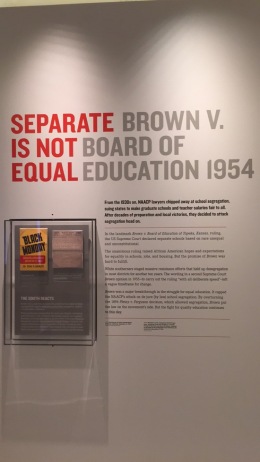 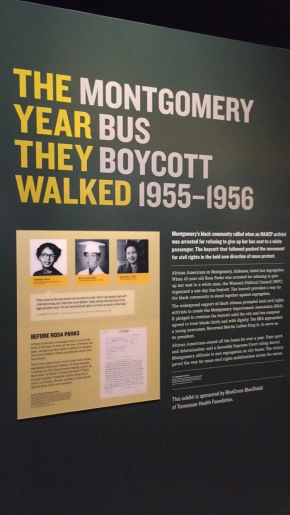 Dr. King gave us the insight into what we could do with our united strength and how we could alter our circumstances by bonding together. Given that I was not born during his time, I never had an emotional connection with his loss to our community. I developed an understanding of his legacy as I got older and was educated during school, and how it had altered our circumstances during that time. However, I never had the emotional connection to the transformation that he brought about during his fight for the betterment of the African American community, and what his loss had to feel like to people who witnessed his fight for change firsthand. 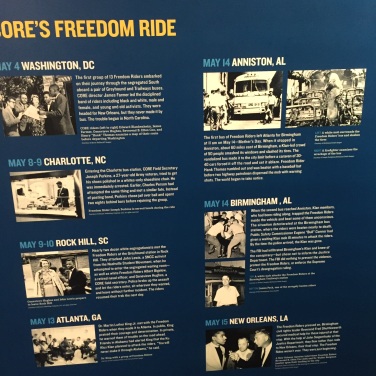 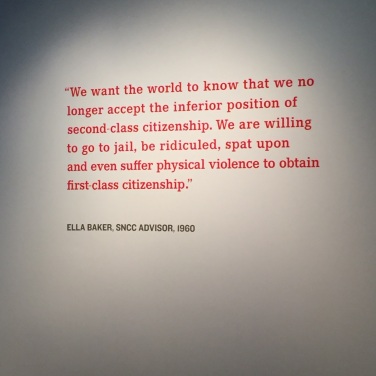 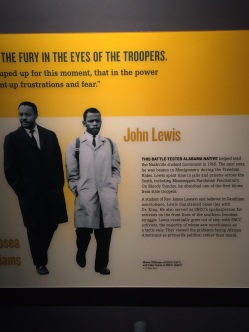 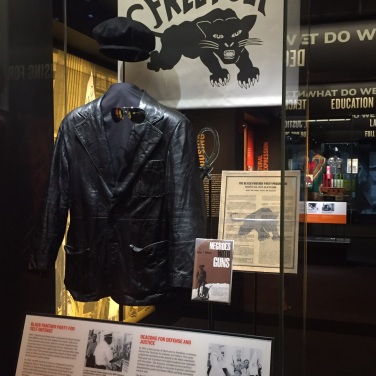 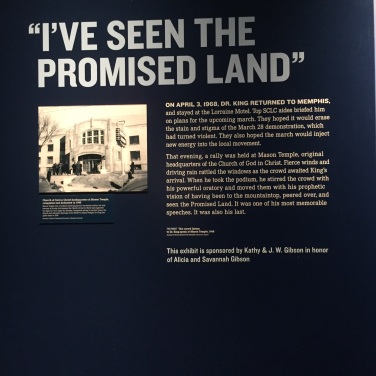 It was not until recently that I felt that loss. As we remember what was lost on April 4, 1968, I feel those of my generation will forever remember the loss we suffered on March 31, 2019. When we think of men who have impacted the African American community through their fight and effort to create change, we now add Mr. Ermias J. Asghedom also known as Nipsey Hussle. Since his passing our community has been in mourning because we recognize the impact of losing another brilliant mind to senseless violence. 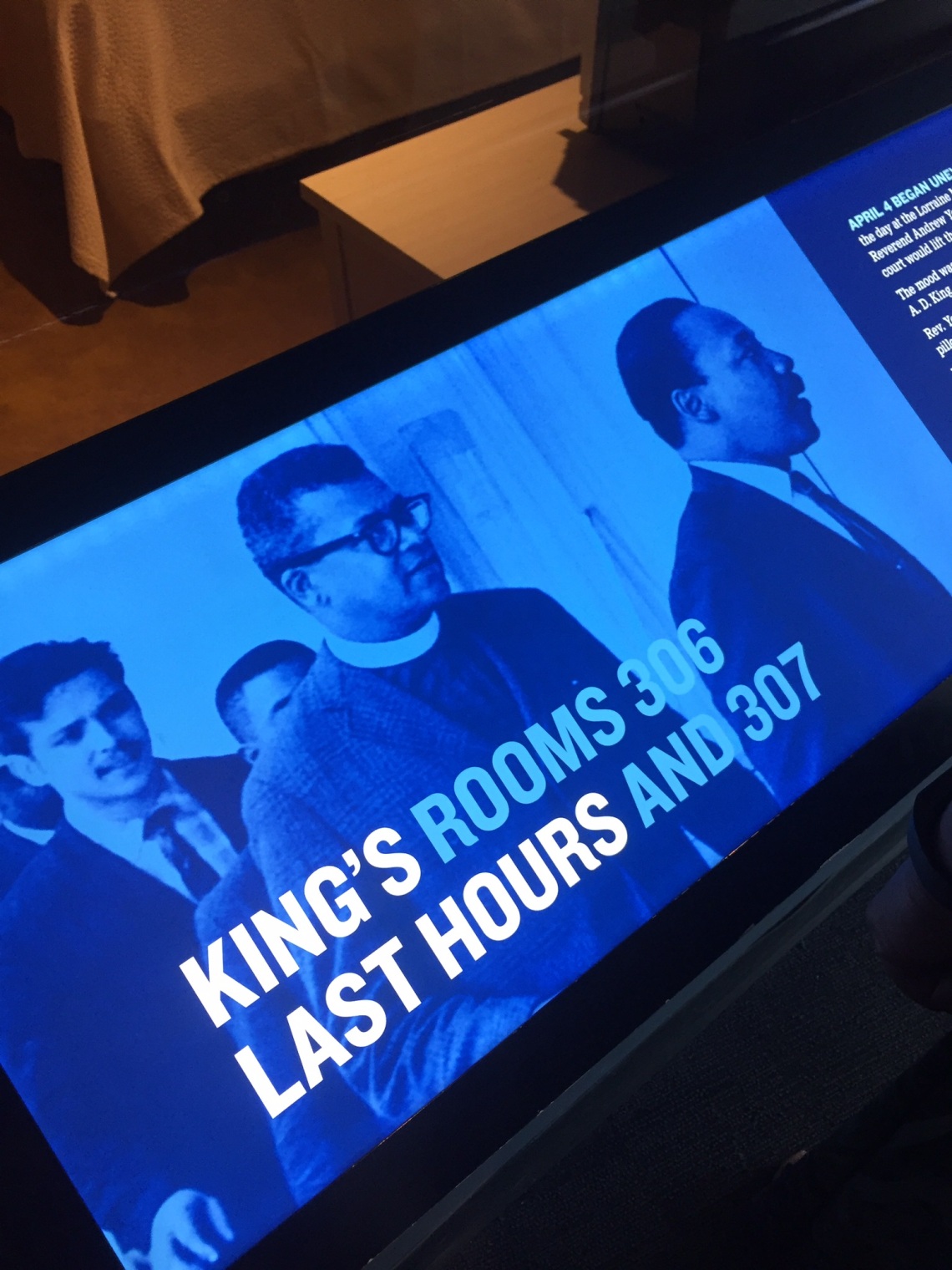 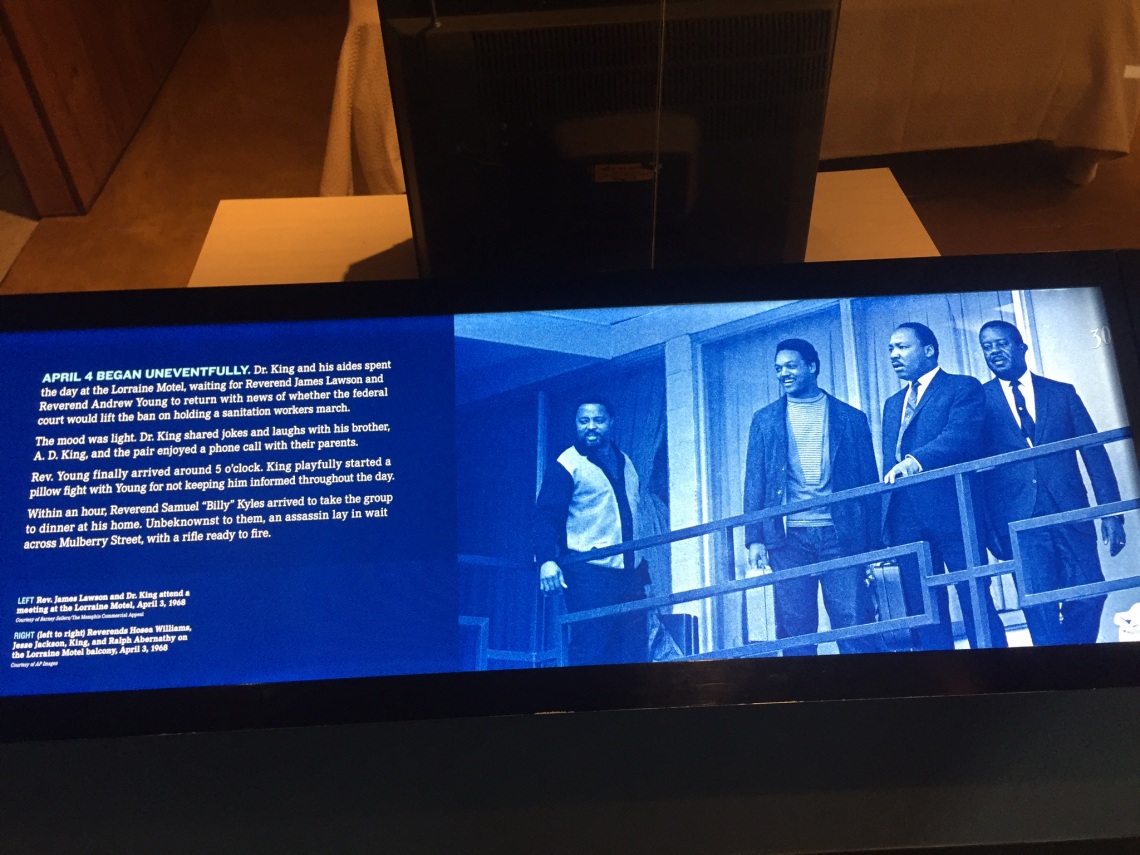 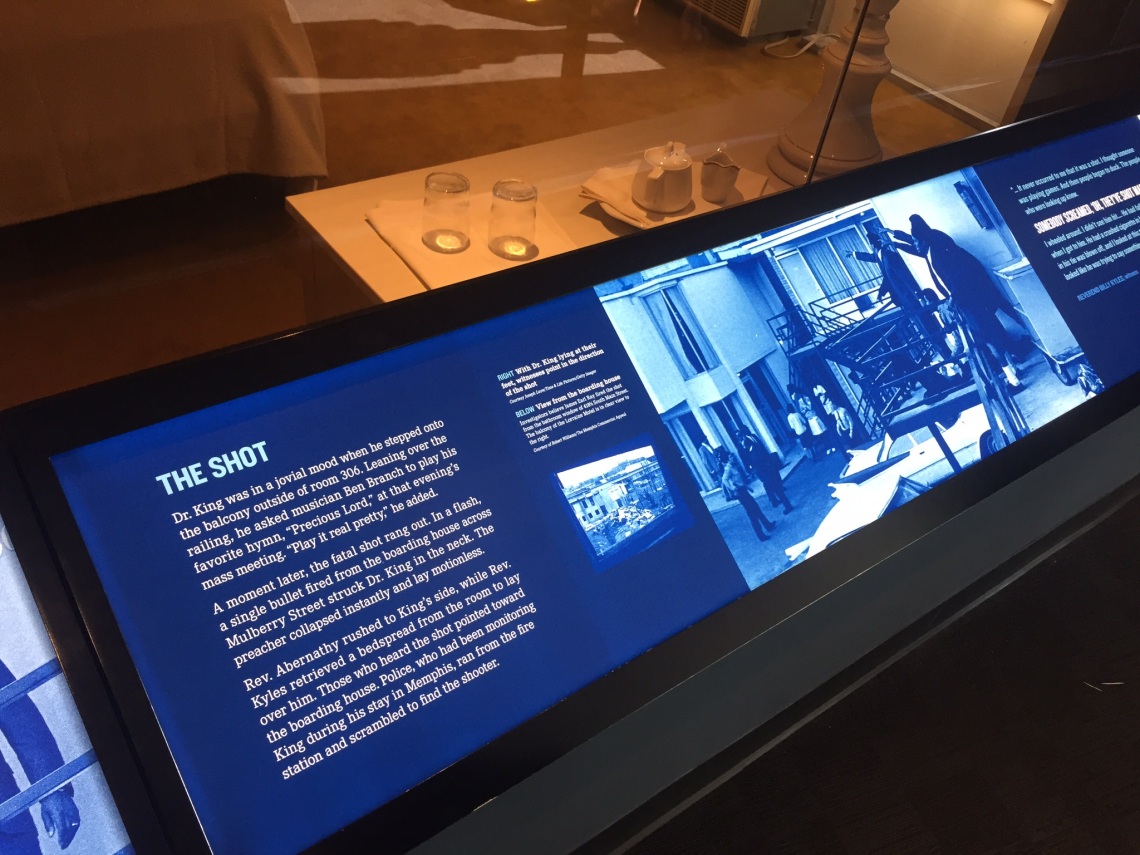 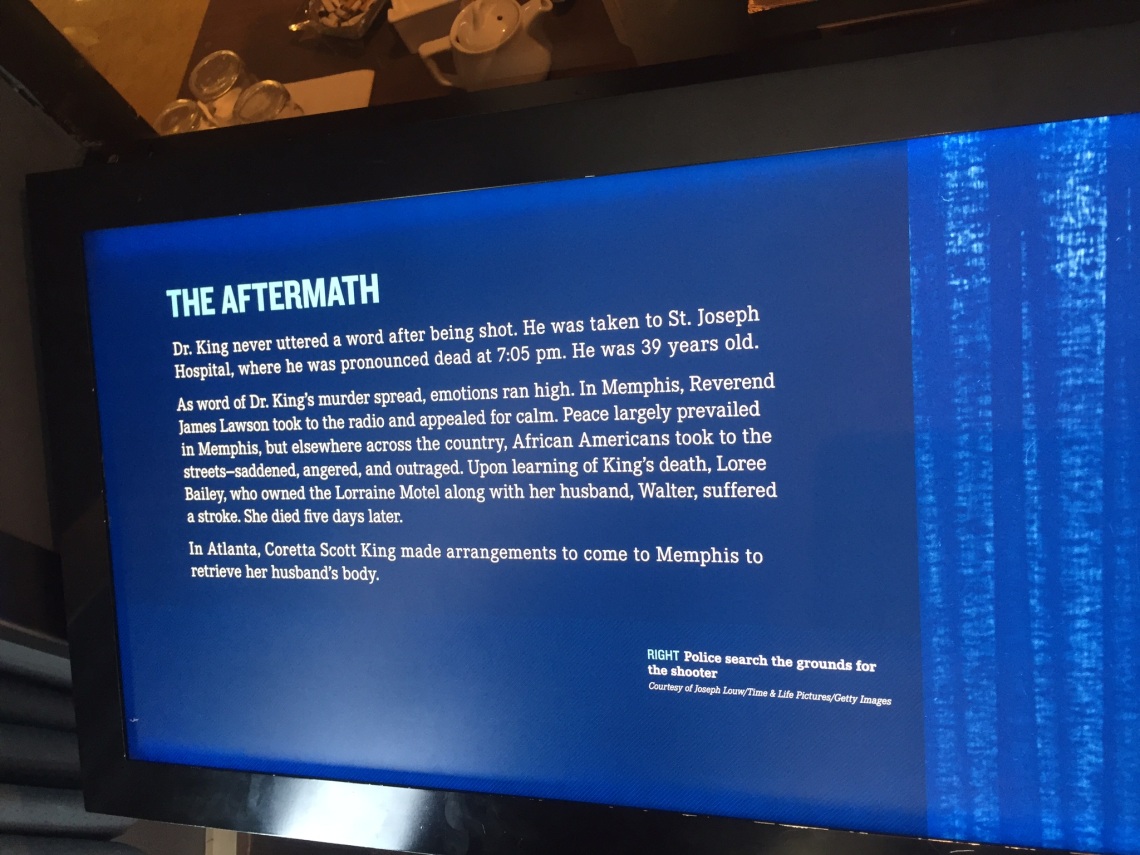 Like the generation of African Americans who followed Dr. King, and respected his ability to lead a community to understand their power in unity, and working together, Nipsey Hussle inspired the same. He was an inspiration to a new generation, one that Dr. King dreamed of. One that Dr. King envisioned would one day continue to carry the torch to bring about change for African Americans in America. I can only hope in losing him that not only do our men unite to develop an understanding of love for one another, but that African Americans begin to develop a like mind and understand the importance of self love, community development, and the importance of life. 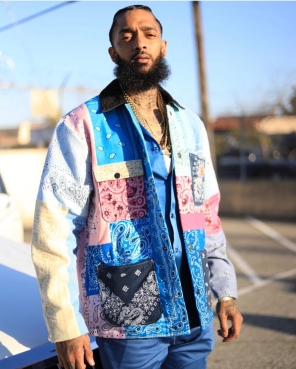 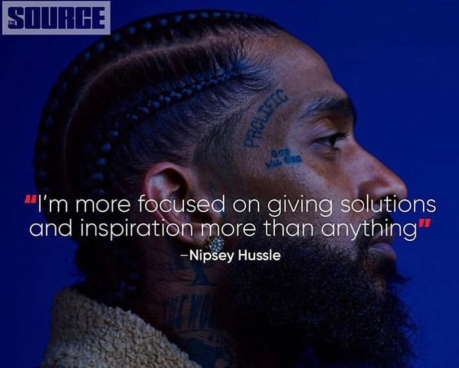 As the tour comes to an end, there is tribute to Barack Obama who was able to stand in the highest position of the United States and demonstrate Dr. King’s dream. It’s a testament to how far the unity of a community can create opportunities and bring about change. As a sweetener to the tour of Memphis, my night ended watching another pillar in his community (Lebron James) advance his city (Cleveland Cavaliers) to an NBA Championship Title. Another man who demonstrates the ability to excel on and off the court, encouraging and inspiring excellence, and continuing to help build his community. The great thing about Dr. King’s vision is, it was not limited to the rich and famous. It does not matter what title you hold in life, you can inspire and help build your community. It is a matter of action, motivation, and dedication to change. 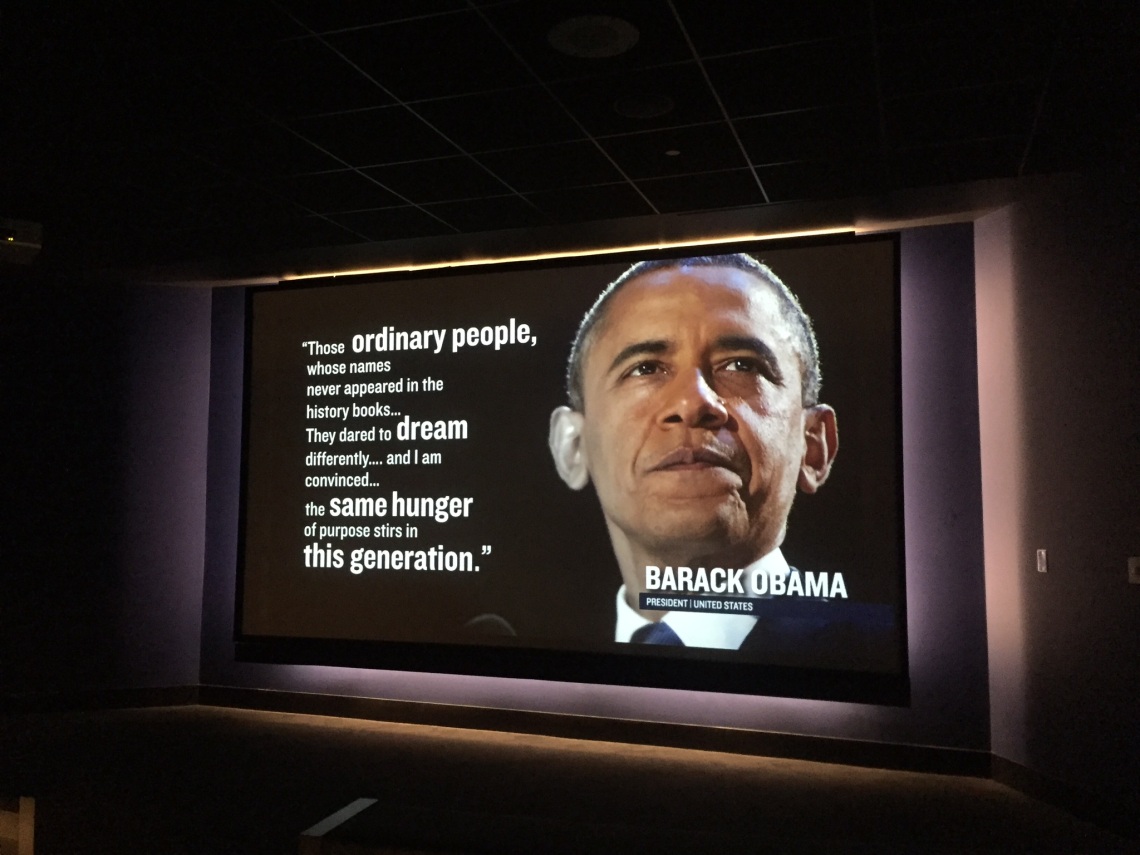 “We must learn to live together as brothers or perish together as fools”
-Martin Luther King Jr.-

I love life. View all posts by Denise N. Washington